Wiltshire County Council (in the days it was Wiltshire County Council) used to publish public transport timetables that included all operators with services in a particular area. The leaflet for the Melksham area - leaflet C32 from 4th September 2000 - is reproduced below. In those days there were severn road operators and one rail operator. That didn't change very much up until last month (March 2020) - at the start of that nonth there were still five road operators, but that has dropped now to just two. Services that were infreqent tend to have been lost, but services that had a reasonable daytime frequency have done rather better and grew until the current - and we hope - temporary pandemic restrictions where for our own good we are not travelling.

Looking at the 2000 timetable, as it is today, Melksham was at the crossover point of the Bath to Devizes services (then known as X71 to X73) and the Chippenham to Trowbridge and Frome service (234 and X234). Service 237 ran hourly from Trowbridge via Holt to Melksham, with alternate journeys continuing to Corsham via Lacock and to Calne as the 238. There was a town bus - route 34, and also routes 37, 72, 79, X76, X85, 86, X86 and 235 which ran to lesser frequencies. The National Express coach - daily to London, route 402 - ran recognisably in a similar way that it did until last month. Perhaps the biggest change we've seen is in Melksham's train service - on the back cover of the timetable, comprising just one train each way per day, Monday to Friday only. 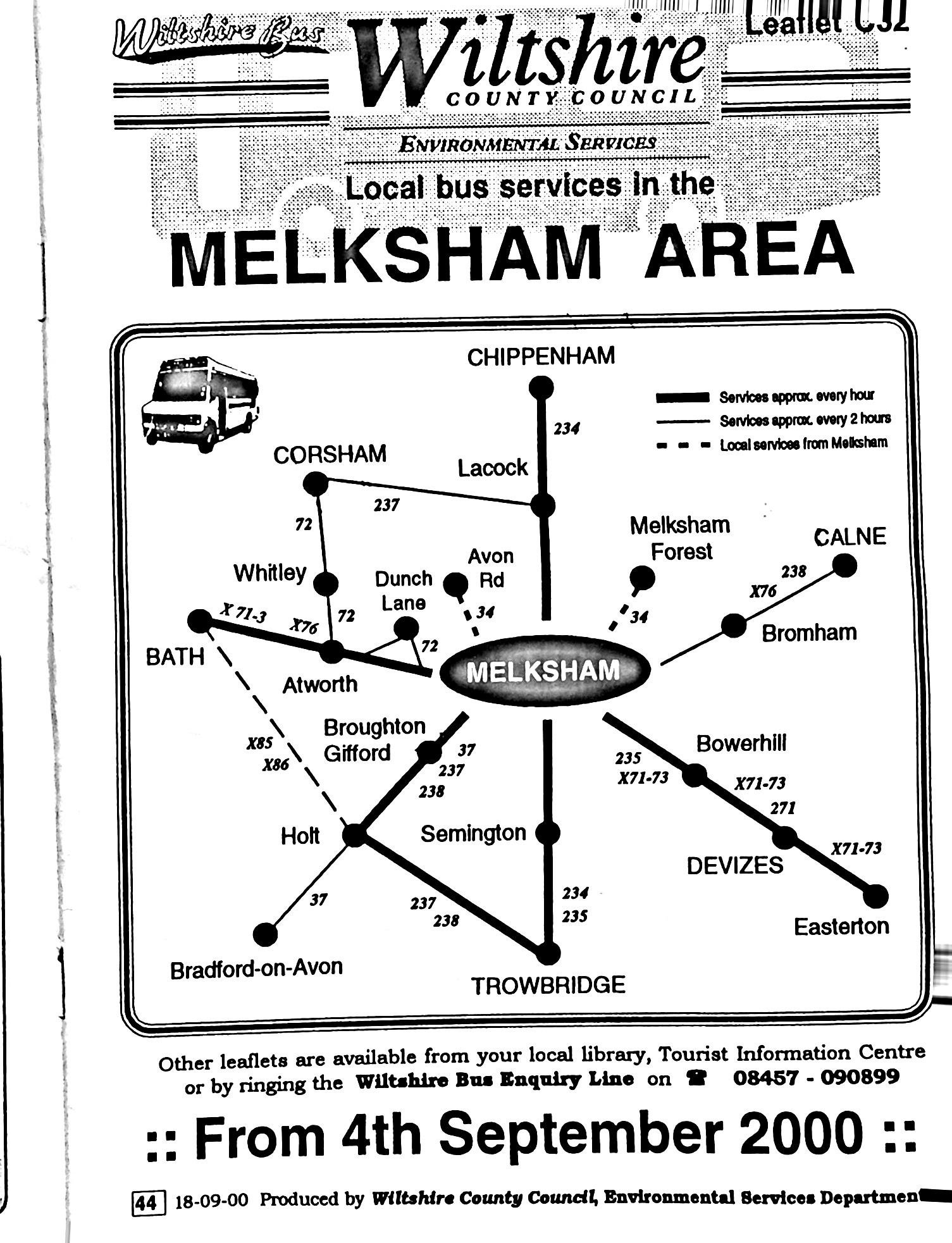 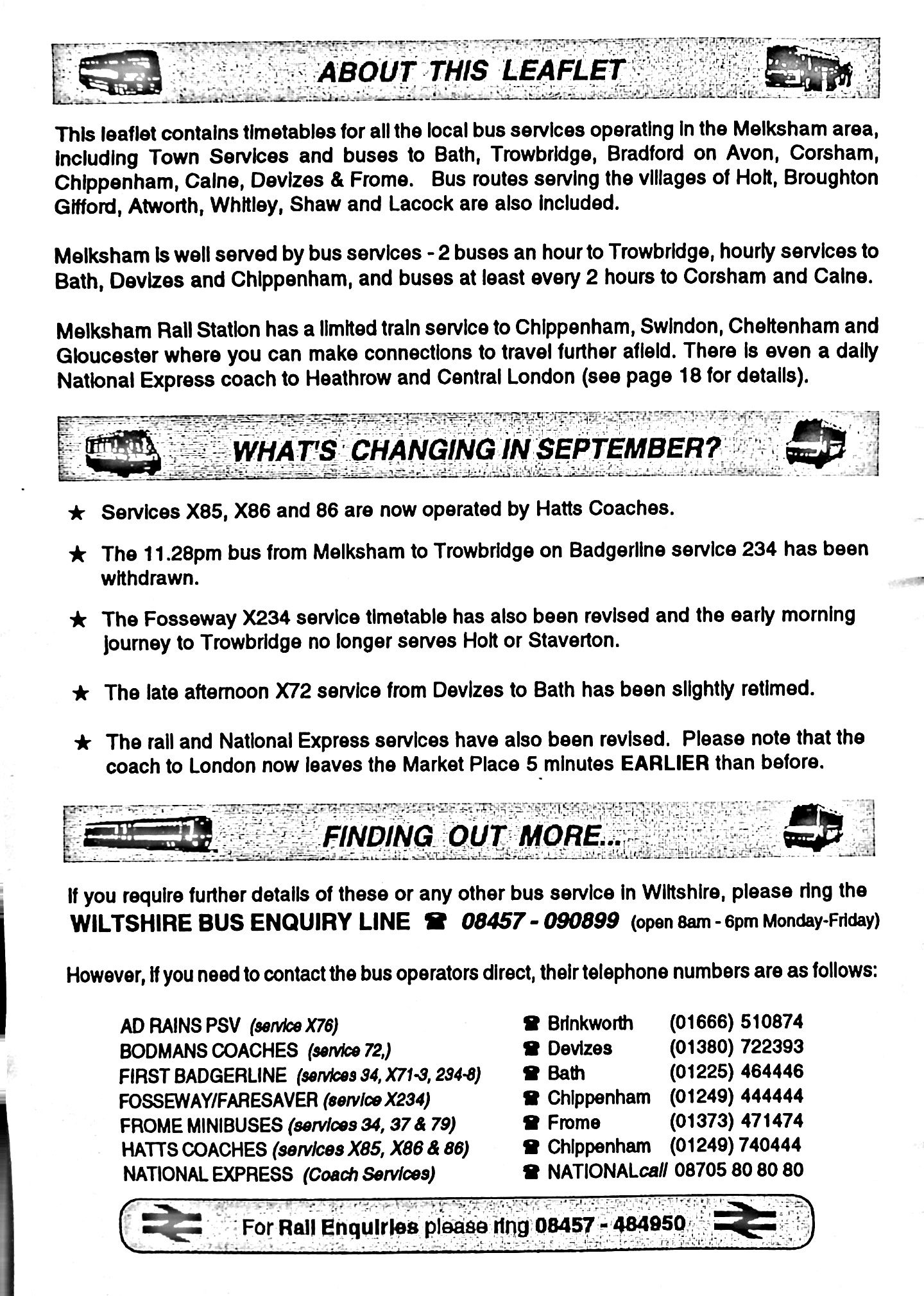 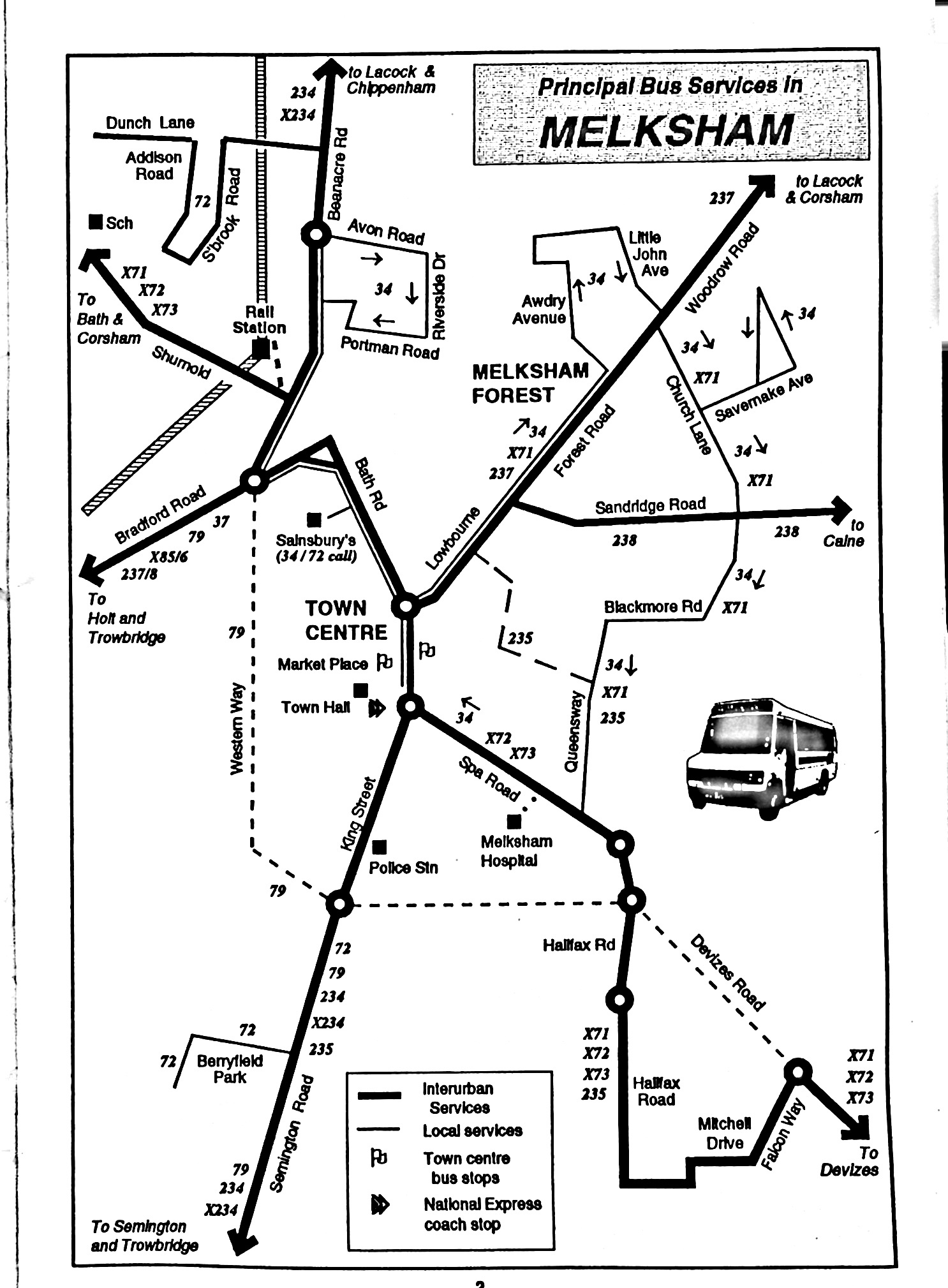 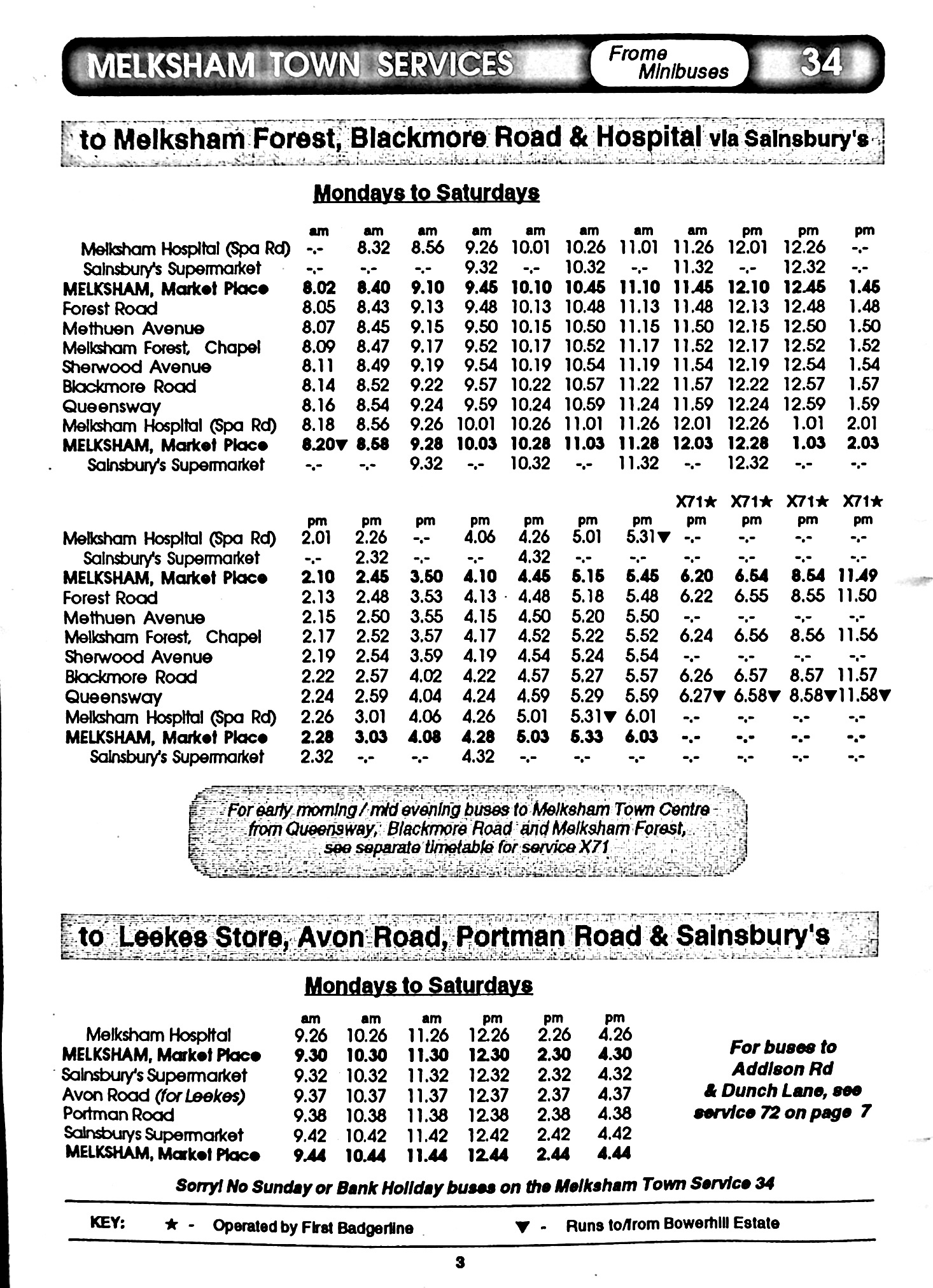 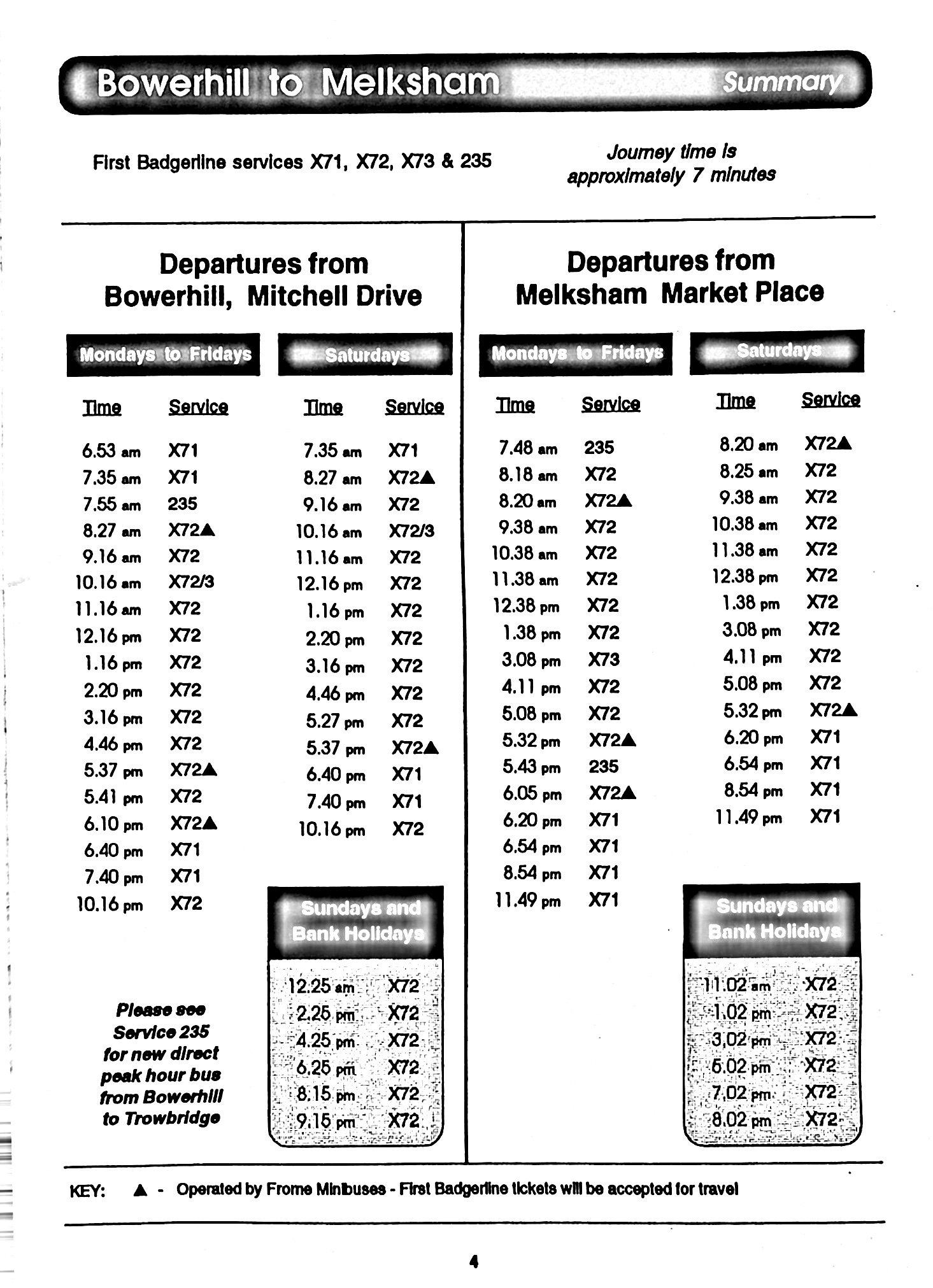 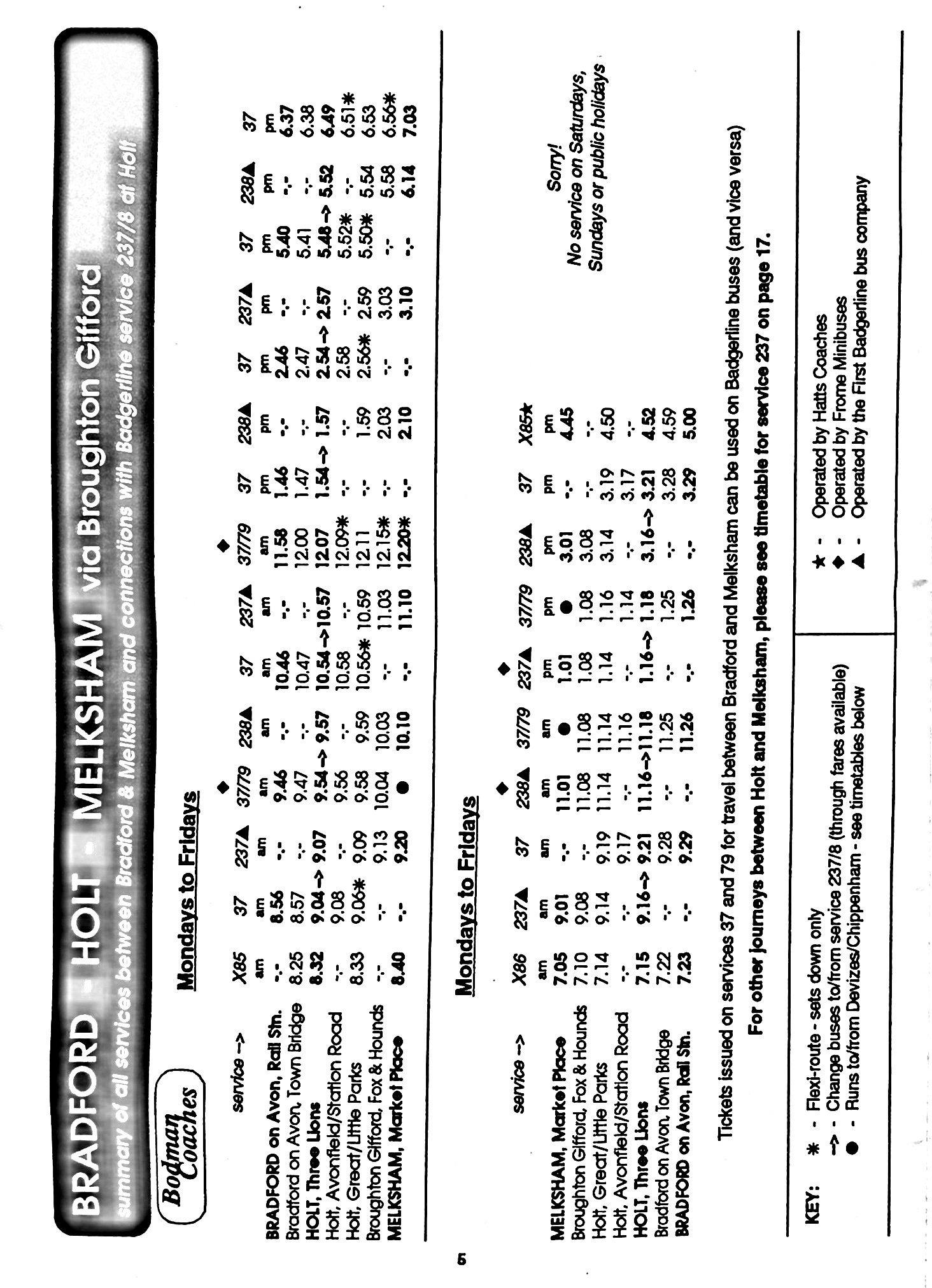 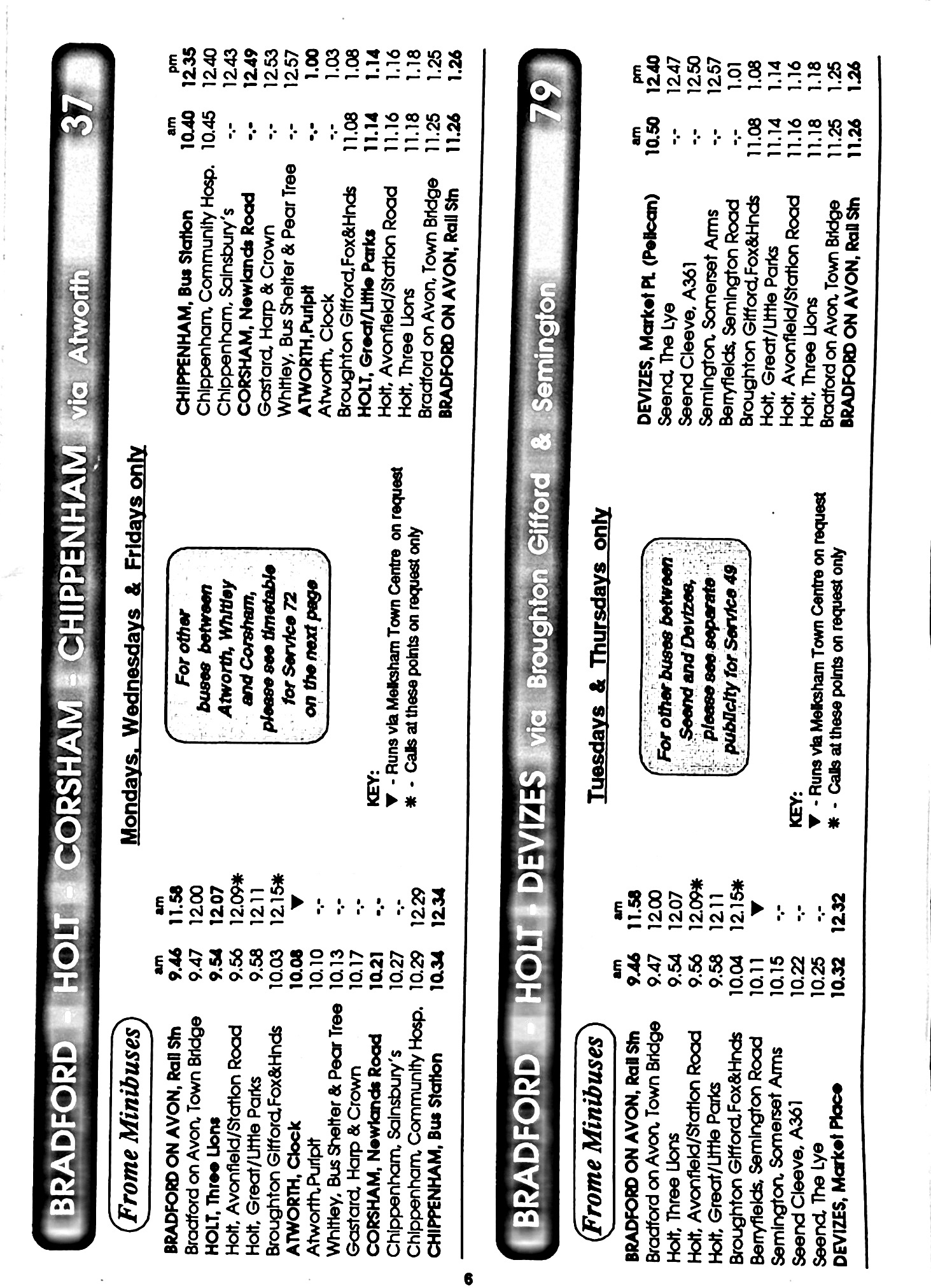 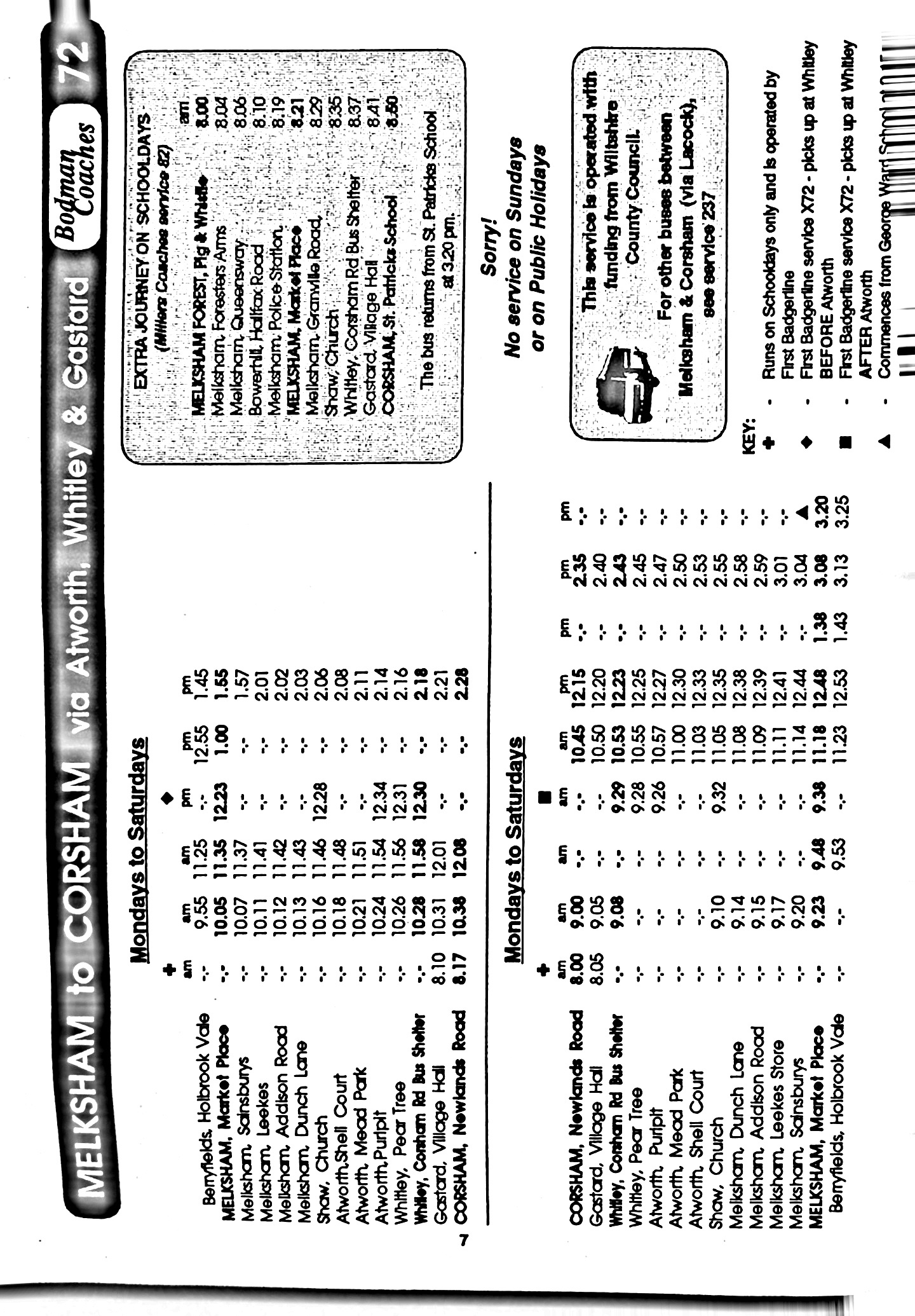 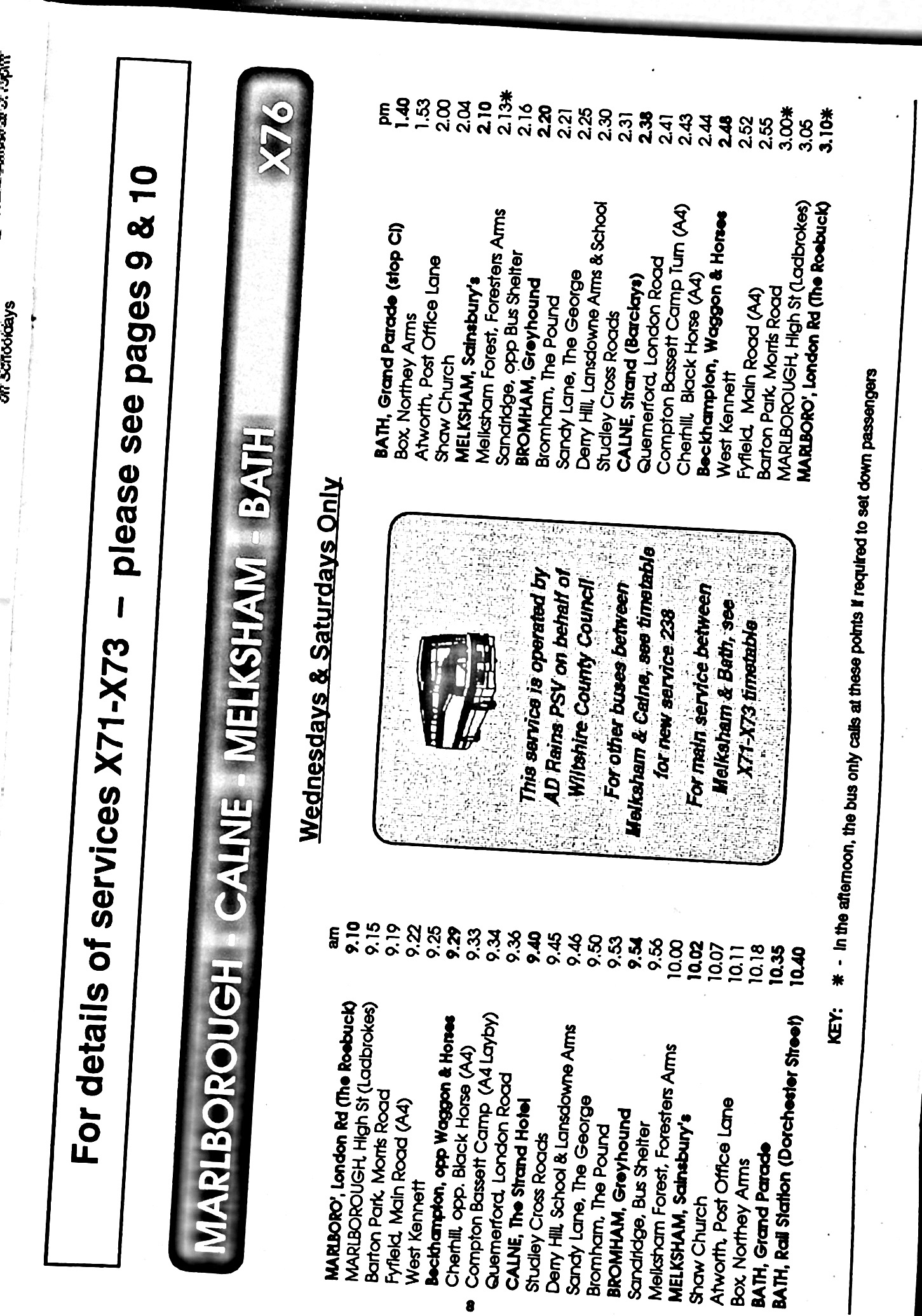 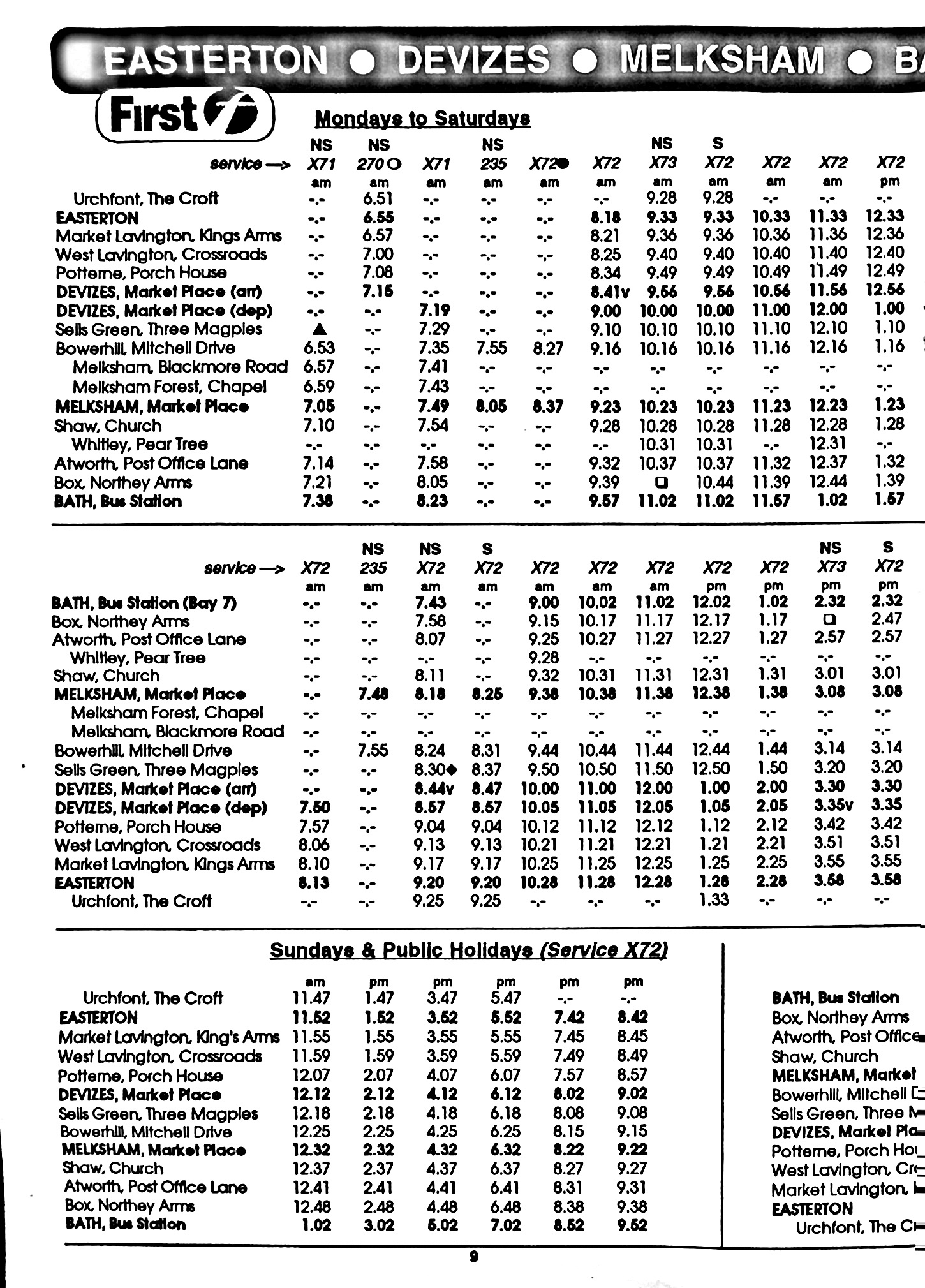 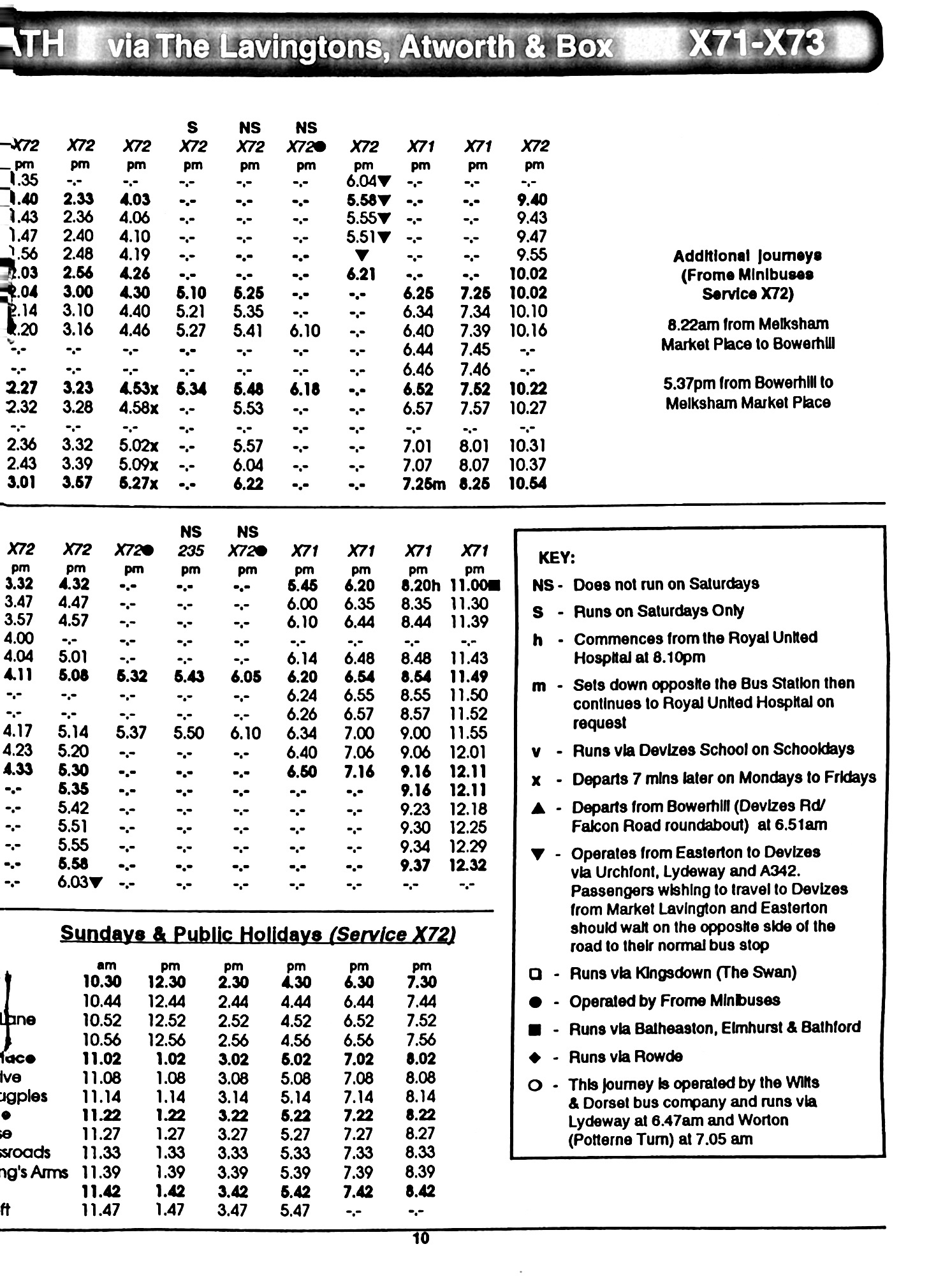 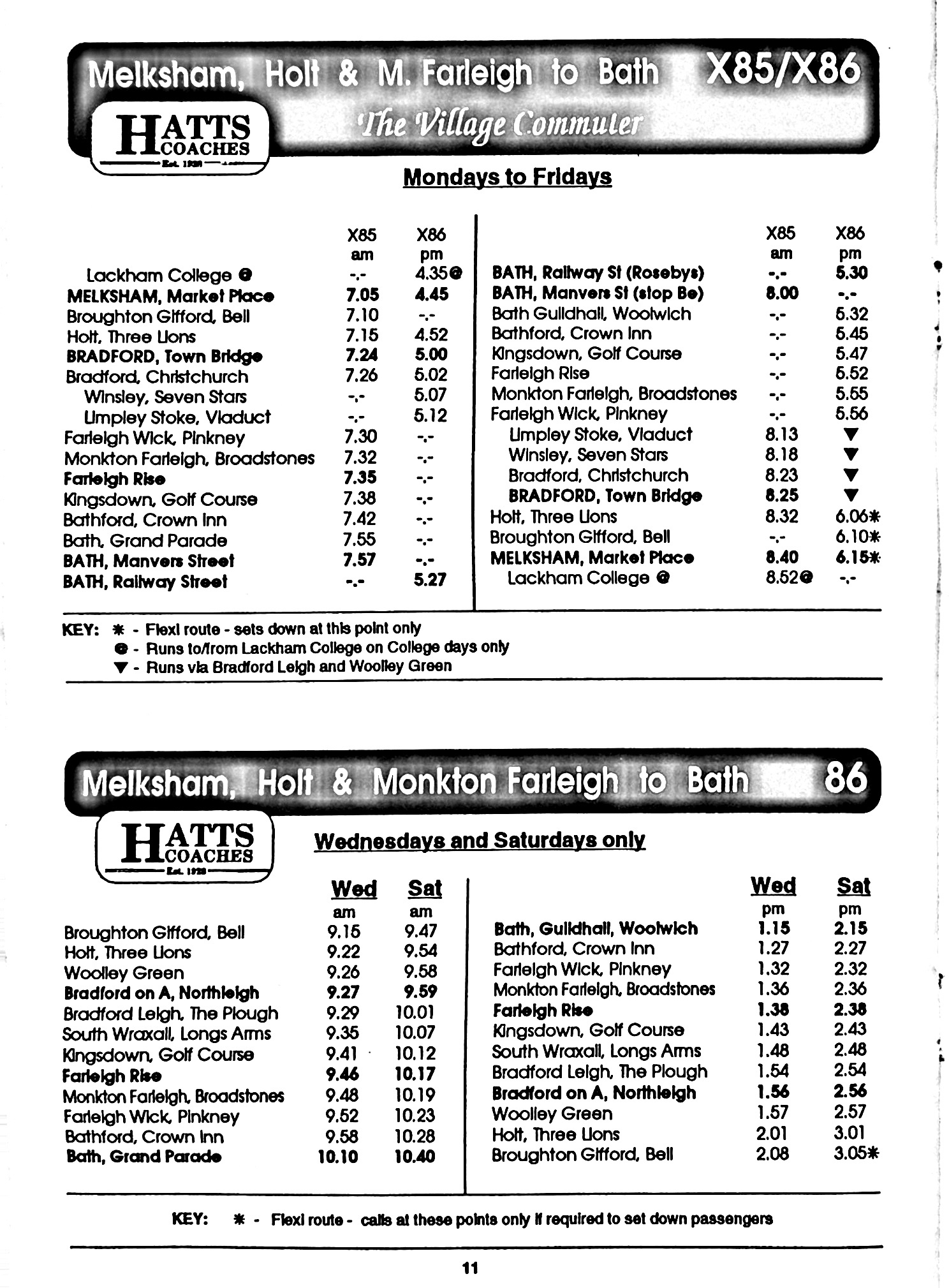 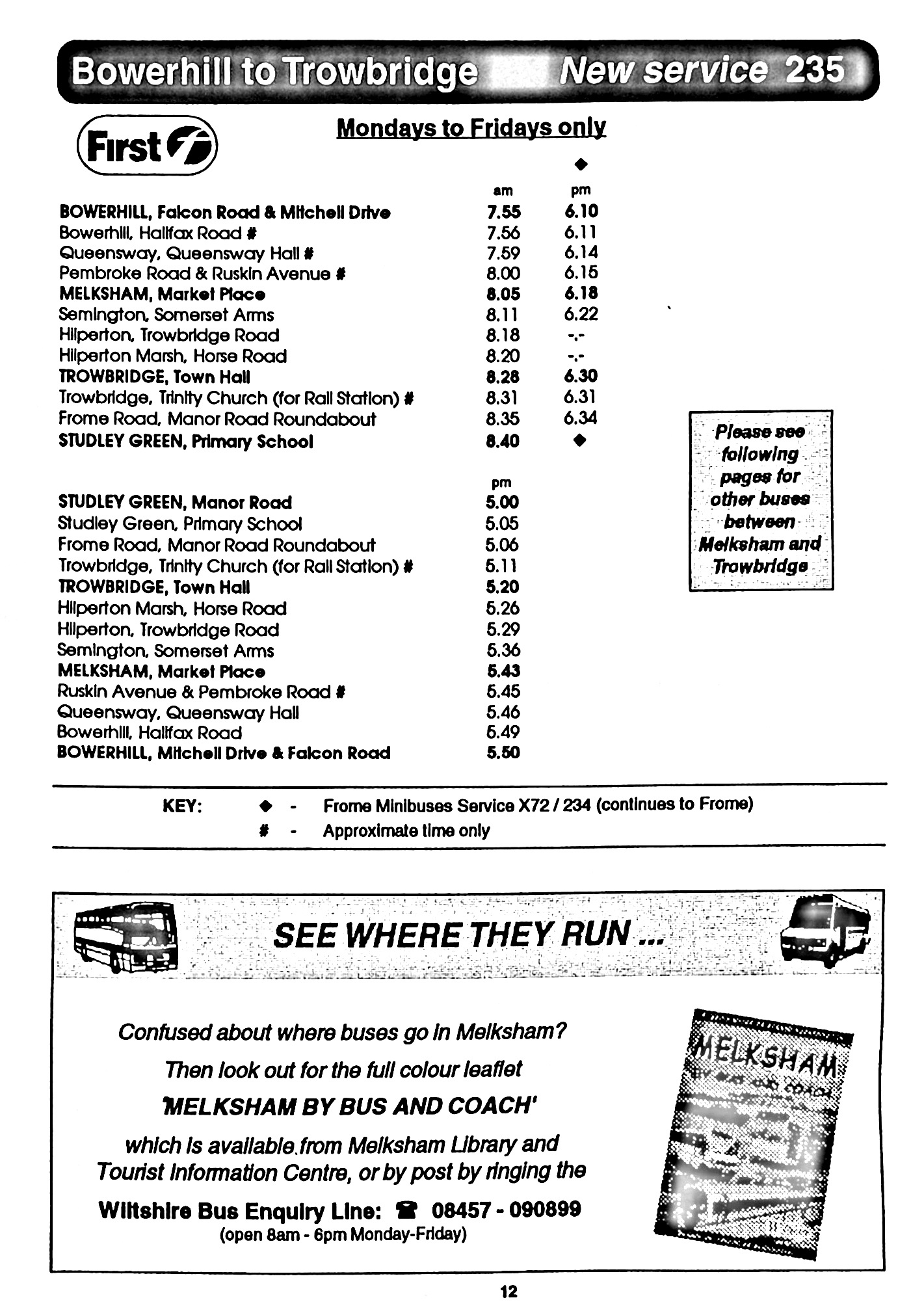 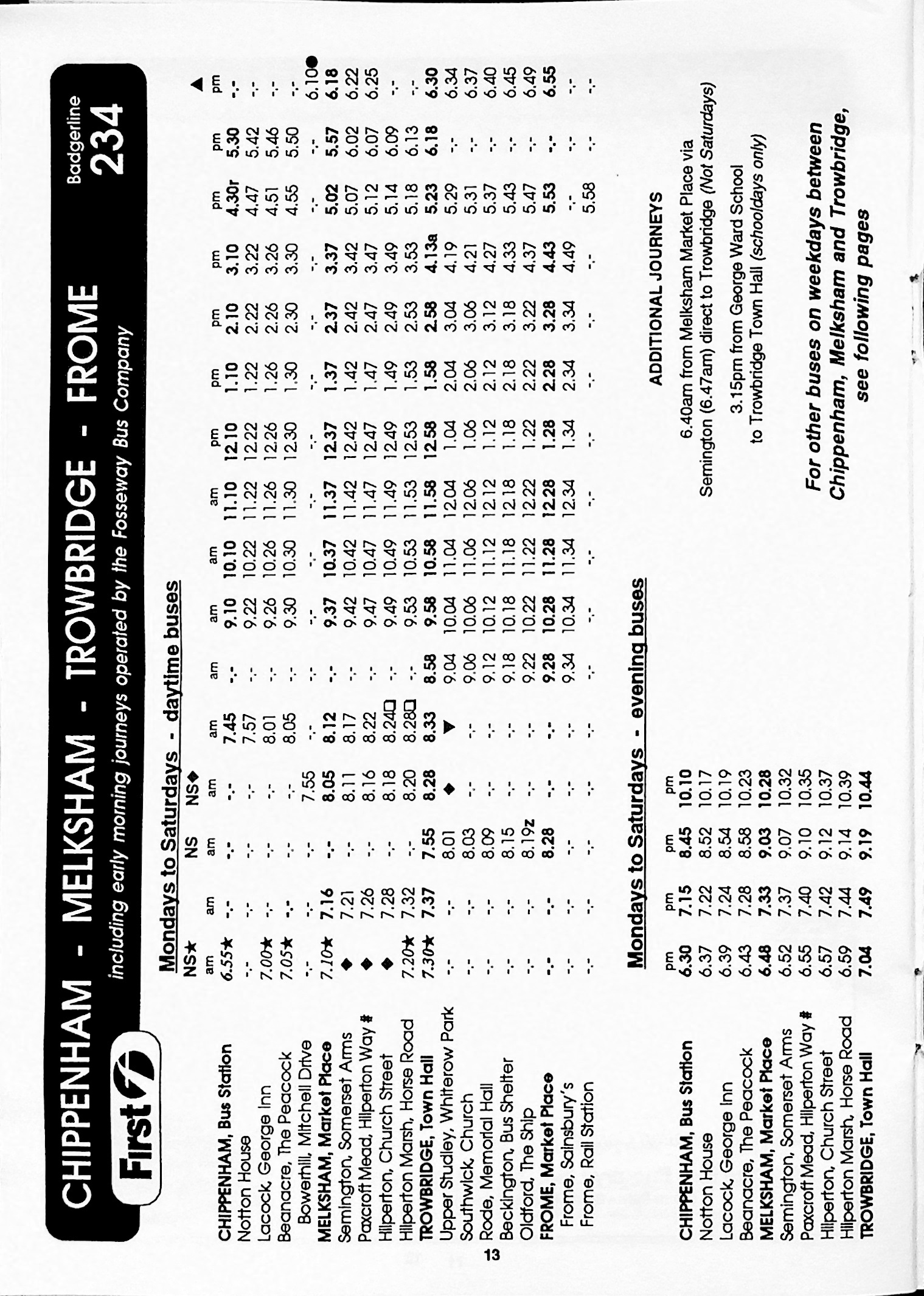 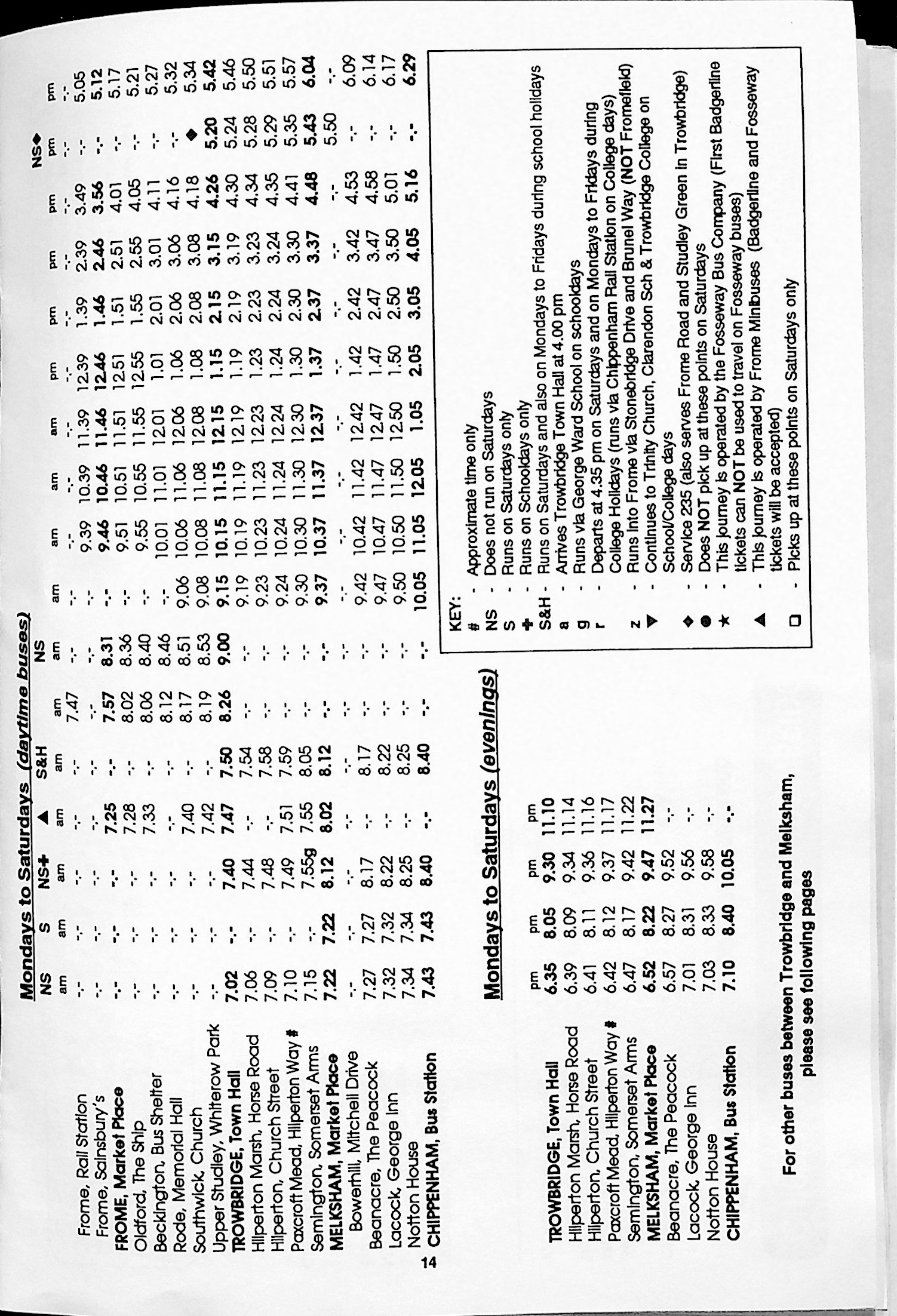 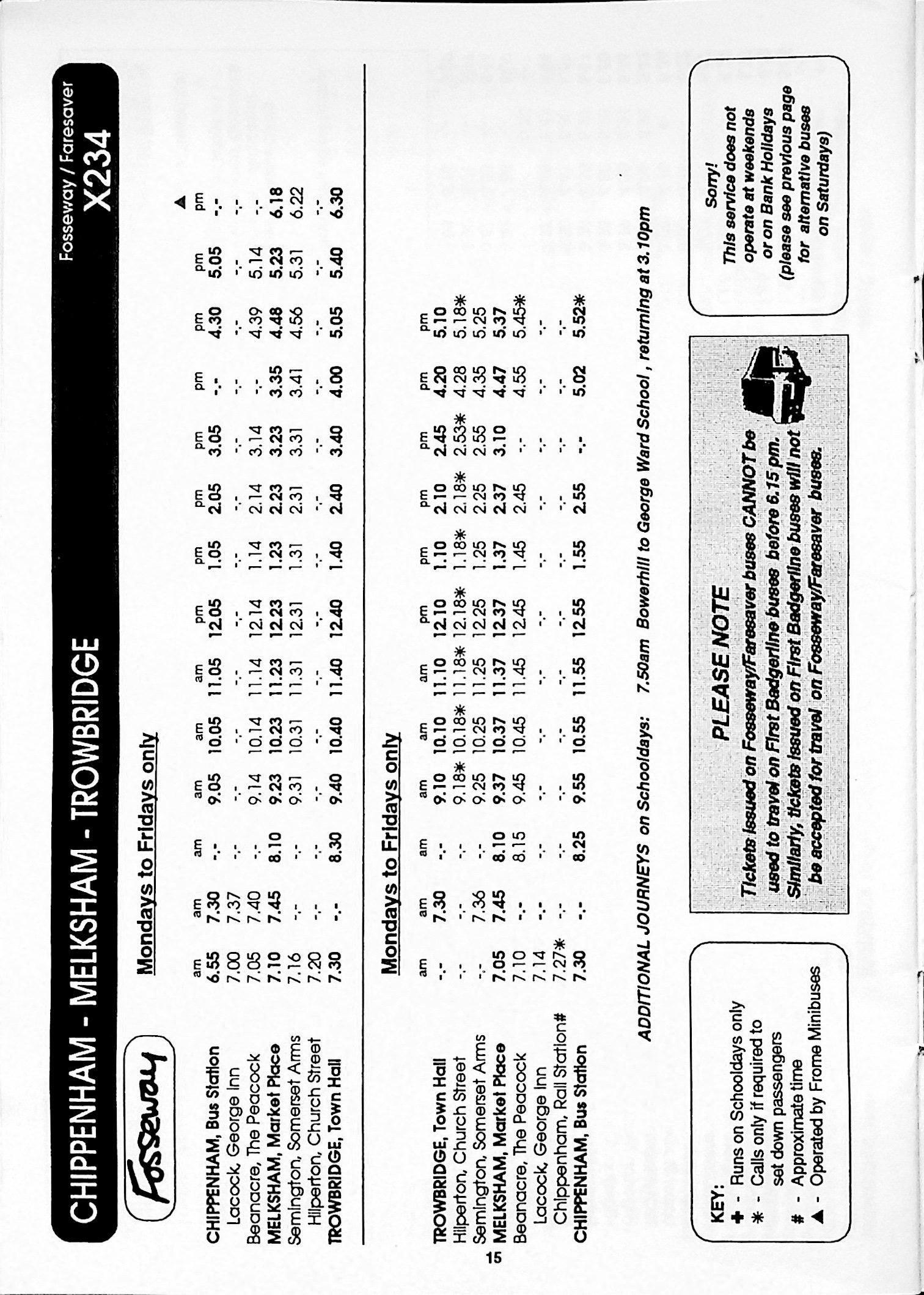 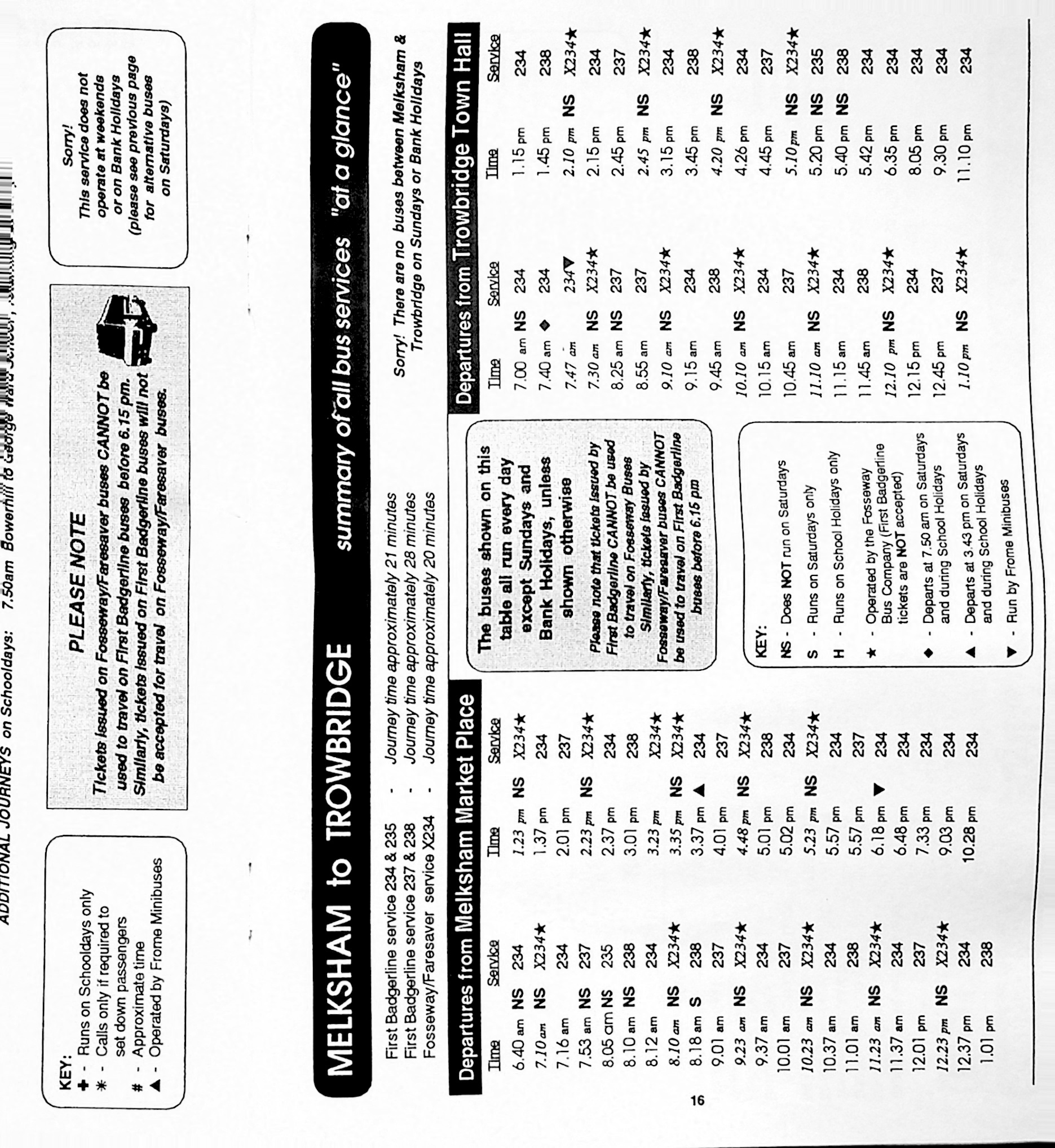 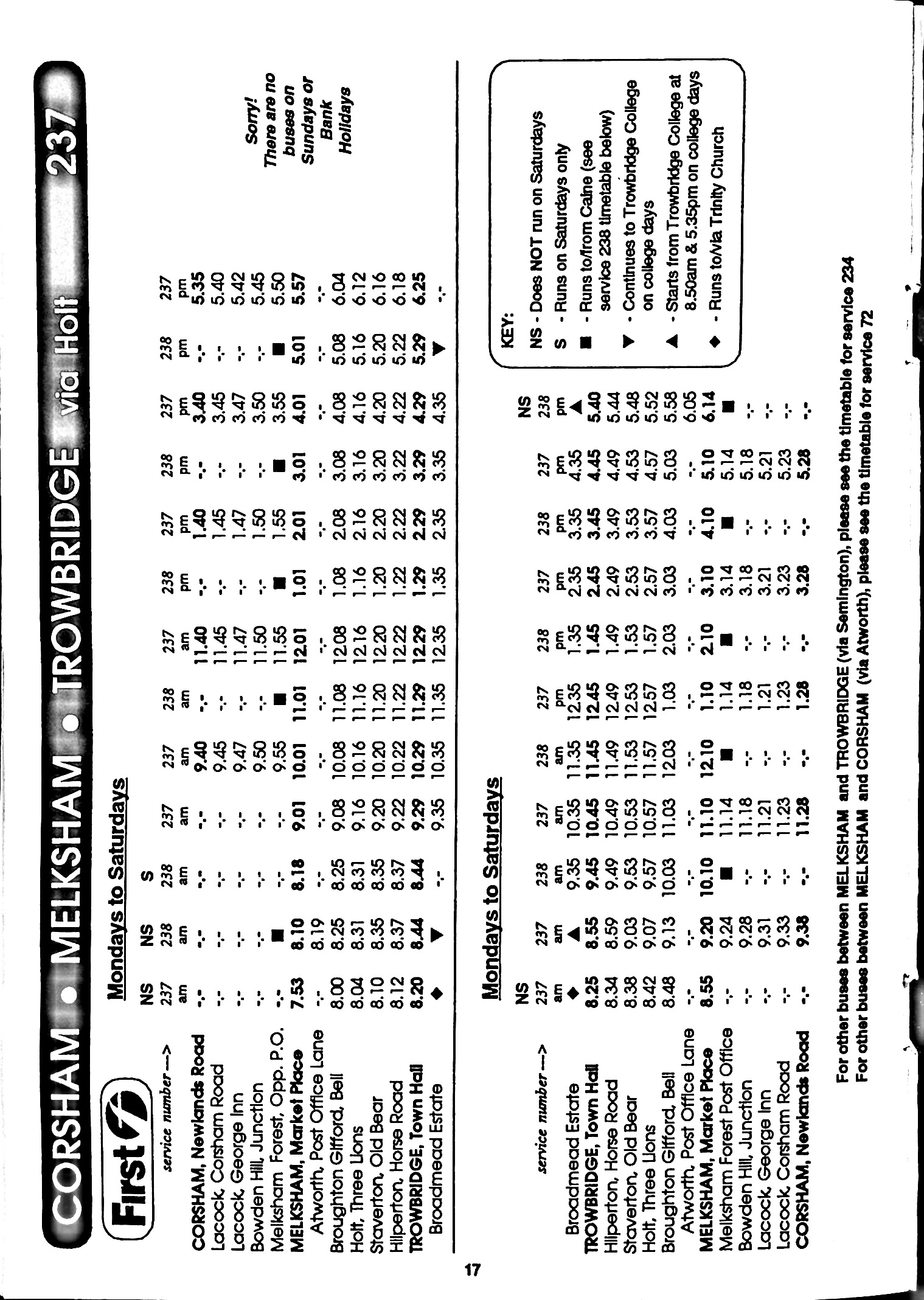 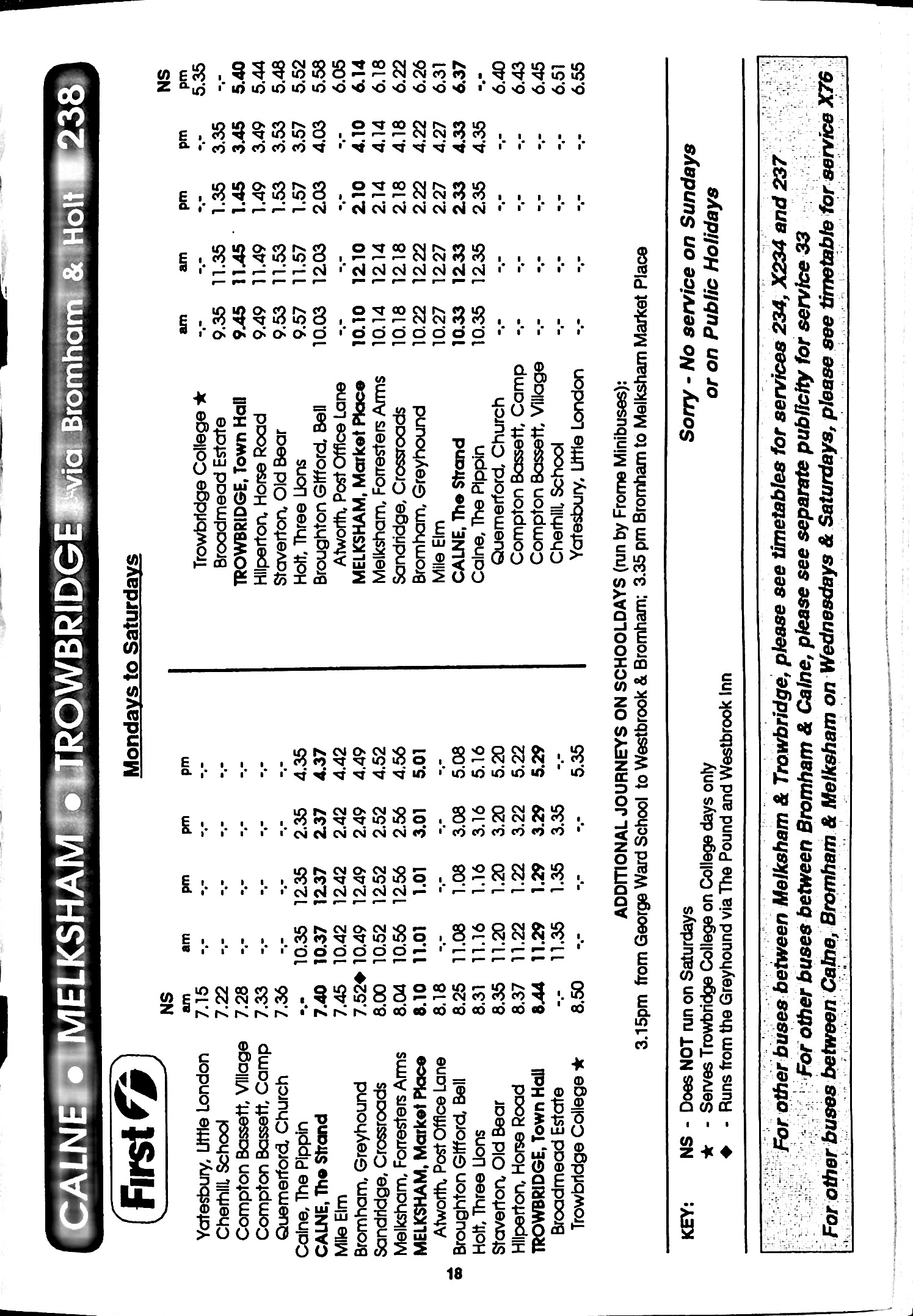 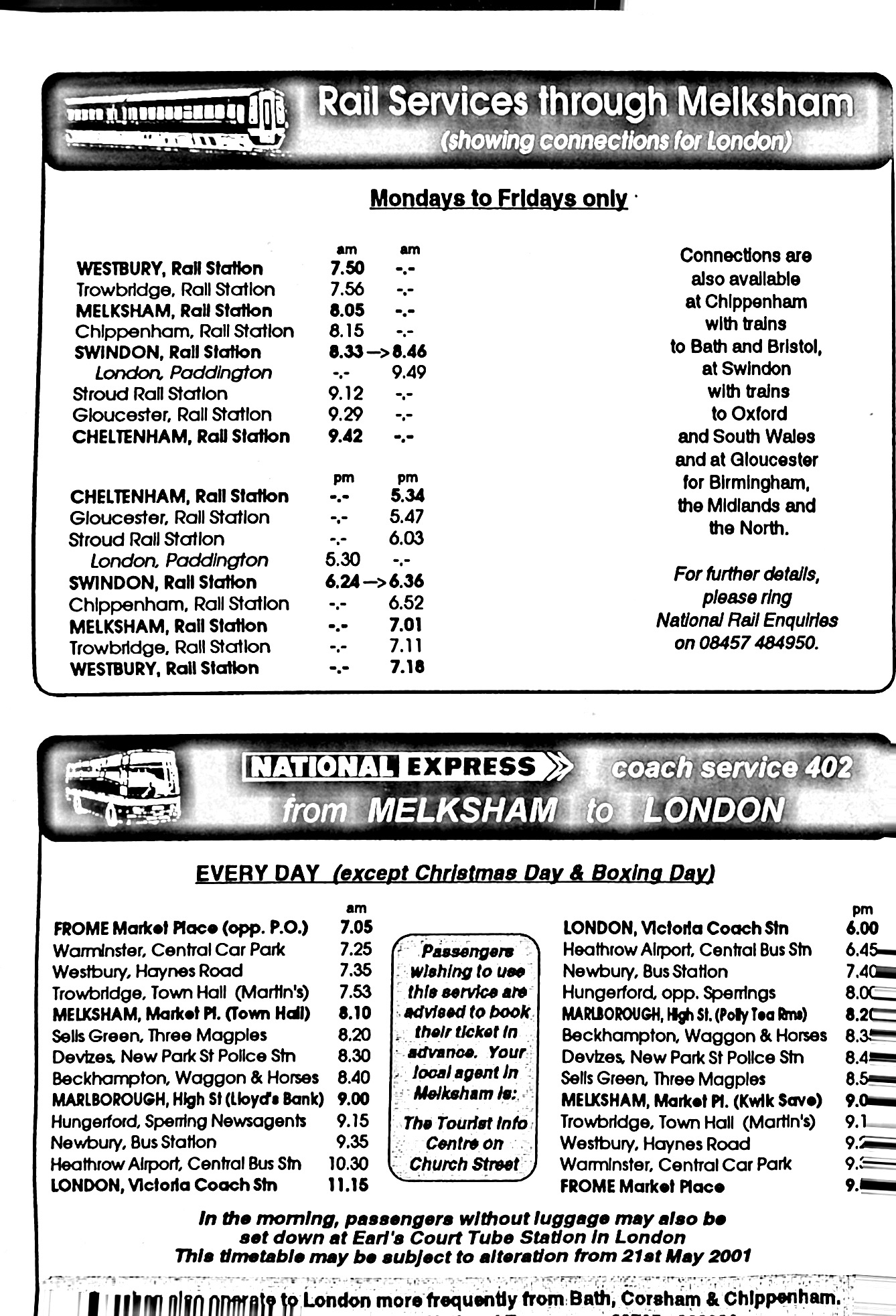 About the Melksham Tranport User Group

Top of this page

Passenger number predictions
How many passengers will be using Melksham Station in 2026 and in 2036? Neighbourhood plan input. See ((here)) for the web page or ((here)) for a printable version. Written 24.2.2020

Report on 2019 and plans for 2020 - Pick up a copy of our report at area board or council meetings or email to ask for a printed copy. Also available for download here

Top of this page

Other sites to visit